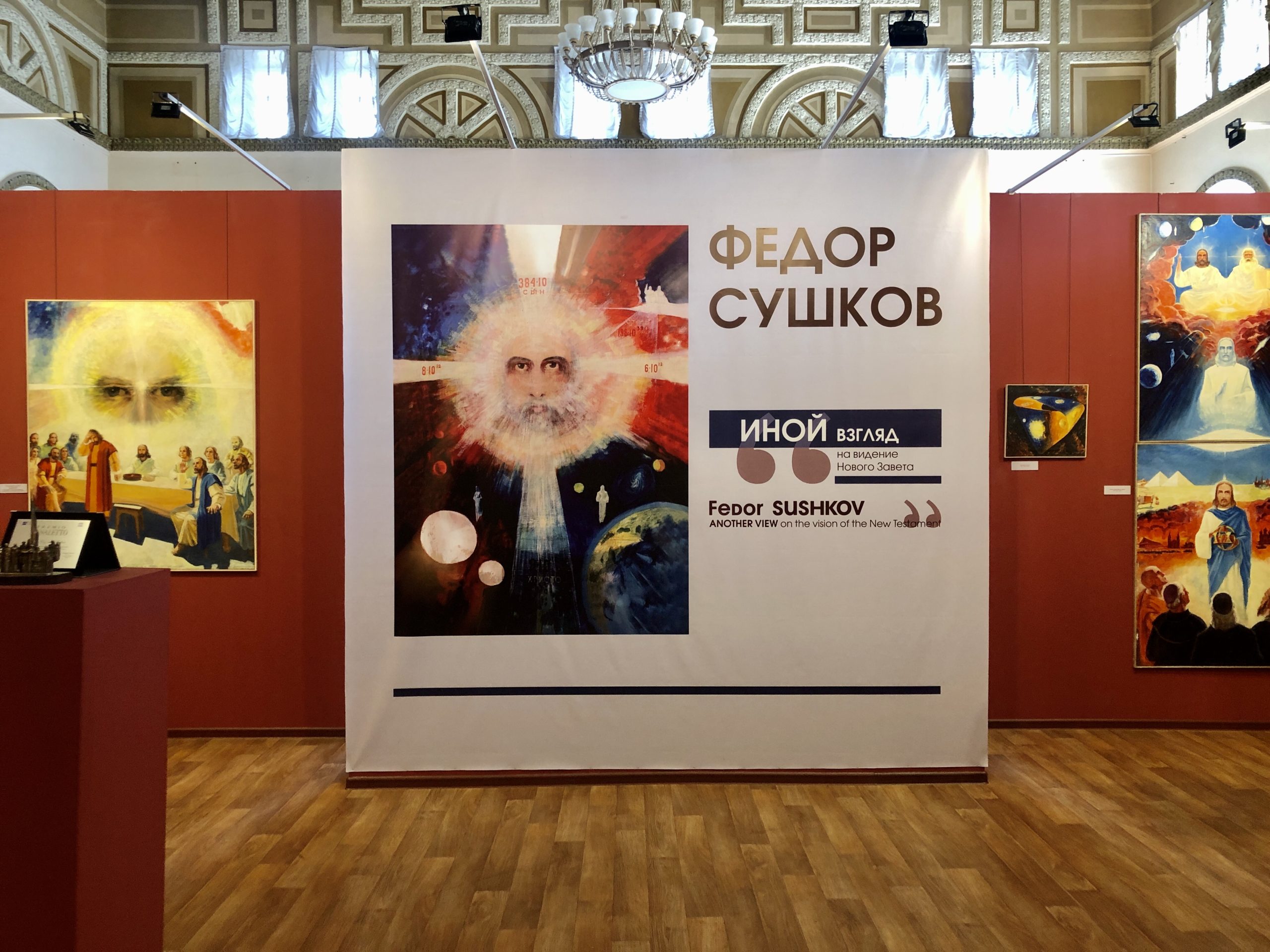 From March 11, 2022 at the site of the Voronezh Art Museum named after I.I. I.N. Kramskoy (Governor’s House, Revolutsii Ave., 22) there will be an updated exposition “A Different Look at the Vision of the New Testament”.

The exposition, which opened to the general public in July 2021 in the governor’s house, presents the works of the famous Voronezh sculptor and artist Fyodor Kuzmich Sushkov (1923-2006).

The basis of the exhibition “A Different Look at the Vision of the New Testament” was the idea of ​​the kinship between art and religion, as an affirmative principle that allows a person to establish relationships with reality and acquire spiritual meanings of high significance. In human life, art and religion act as a powerful synthesizing principle and are one of the manifestations of human freedom.

In the artistic work of F.K. Sushkov, the ideas of the unity of the Divine principle are clearly traced, as the basis of human relationships without conflicts and contradictions, without strife and internal anguish.

The updated exposition will present the early works of Fyodor Kuzmich during his studies at the art school, where A.A. was his leader and mentor. Buchkuri.

Visitors will be able to see graphic works, several works on the theme of history and the spiritual component of life, sketches for military monuments, realized by the author on the territory of the Voronezh region, as well as still lifes and landscapes that Fyodor Sushkov created in the last years of his life. There are about 40 exhibits in total.

Fedor Kuzmich Sushkov – monumental sculptor, artist, was born on March 11, 1923 in the village of. New soldier of the Ostrogozhsky district of the Voronezh province. He studied at the Voronezh Art College (1939-1941), in 1955 he graduated from the Kharkov Institute of Art and Industry.
Member of the Great Patriotic War. He was awarded the Order of the Red Star, the Order of the Patriotic War II degree, the Badge of Honor, as well as the medal “For the Victory over Germany in the Great Patriotic War of 1941-1945.”

The cost of entrance tickets to the exhibition:
Full – 200 rubles.
Preferential (pensioners, schoolchildren, students) – 150 rubles.
Tickets can also be purchased using the Pushkin card (online only).