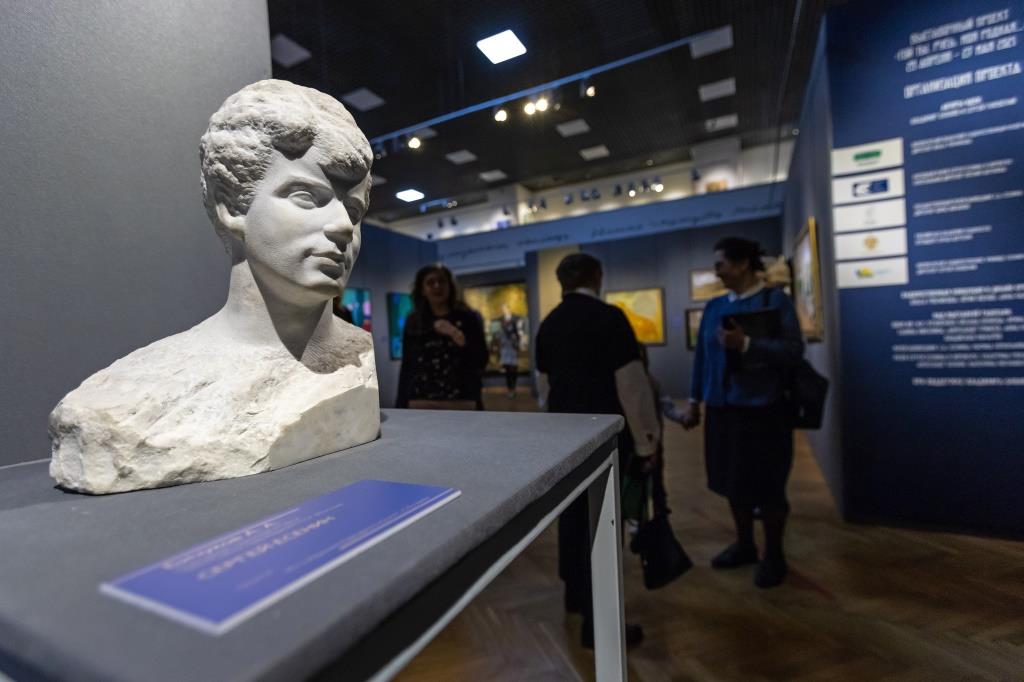 The exhibition is dedicated to the work of Sergei Yesenin, one of the deepest national poets in Russia. The exposition presents paintings, graphics and sculptures by contemporary artists from the collection of the People’s Museum of Sergei Yesenin in Voronezh. A total of 36 authors and over 100 works. In addition, the exhibition presents the poet’s personal belongings, provided by the partner of the exhibition, the state museum-reserve S.A. Yesenin in the village of Konstantinovo.

In his welcoming speech, the director of the VOKhM named after I.N. Kramskoy Olga Ryabchikova spoke about the composition of the exhibition, the history of the collection, the main part of which formed the basis of the exposition. She emphasized the contribution of the State Museum-Reserve S.A. Yesenin in the village of Konstantinovo, who provided the most precious thing for the exhibition – the personal belongings of Sergei Yesenin. The director of the museum expressed her gratitude to the initiator and organizer of the exhibition, Vladimir Bubnov, noting the value of his educational activities.

Boris Ioganson noted in his speech that for him, as a museum employee, it is very important that many wonderful people and organizations work on the “wide Yesenin field”, the result of their work is the preservation and popularization of the heritage of the great poet. In addition, on behalf of the government of the Ryazan region, B. Ioganson presented several honorary guests with high awards – the sign of the governor of the Ryazan region “125 years since the birth of Sergei Yesenin.”

The ideologist of the “Yesenin” plein-airs Sergei Gulevsky shared his memories of the meetings that took place in the poet’s homeland, noting that the interest in Yesenin and his work is becoming more and more every year. He also stressed that it is unlikely that in Russia one can find a collection equal to that presented in the Sergei Yesenin People’s Museum in Voronezh.

Anatoly Lyubavin: “This exhibition is not just pictures, it is a human feat, it is a gift, not only to all of us, but also to Yesenin, it is not just a memory, but a service to humanity.”

The writer Zakhar Prilepin called the real inspirer of the exhibition the very work of Yesenin, which unites and touches to the depths of the soul.

Vladimir Bubnov began his speech with words of gratitude to everyone who participated in the organization of the exhibition, as well as to everyone who has been supporting and inspiring him for many years. Special gratitude was expressed to Sergei Bezrukov, who always finds time and opportunity to participate in the popularization and promotion of Yesenin’s work.

Concluding the official part of the ceremony, Sergei Bezrukov noted the uniqueness of the exhibition, which consists in combining the skill and emotions of the authors of the works with Yesenin’s talent. He also urged everyone to read Yesenin as often and as much as possible.

In the course of the evening, Sergei Bezrukov spoke to the guests with a poetic and musical program dedicated to the work of the great poet. 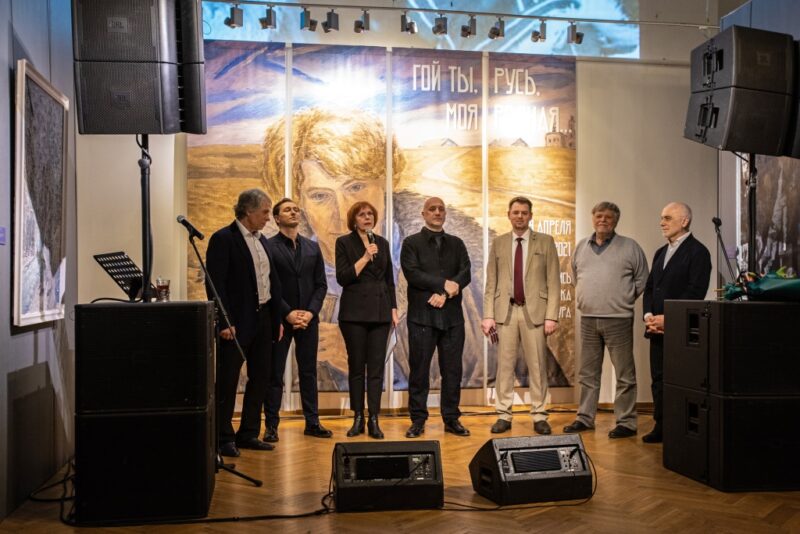 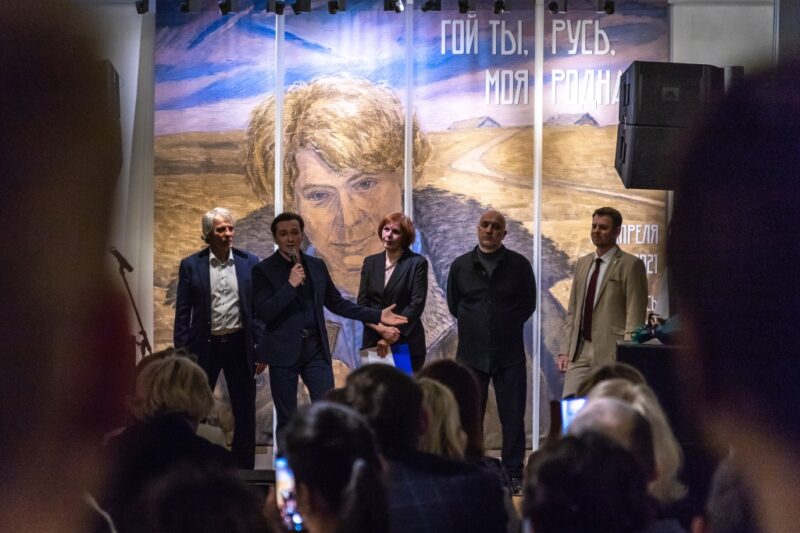 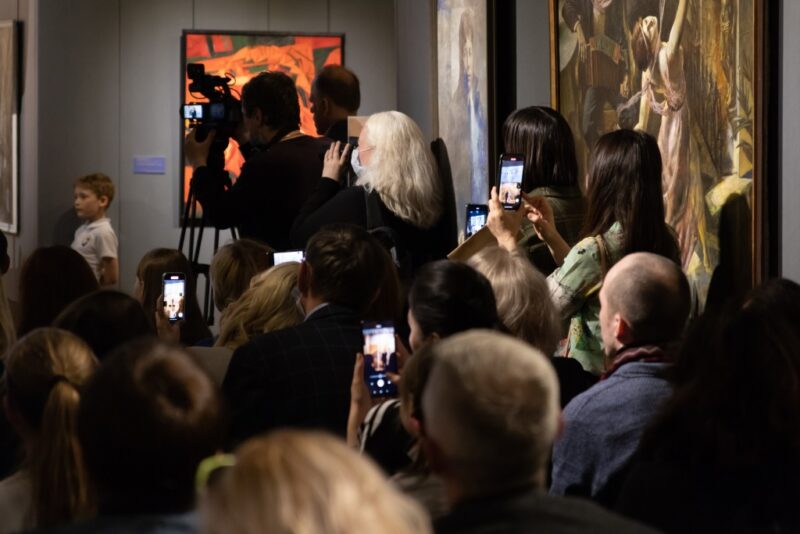 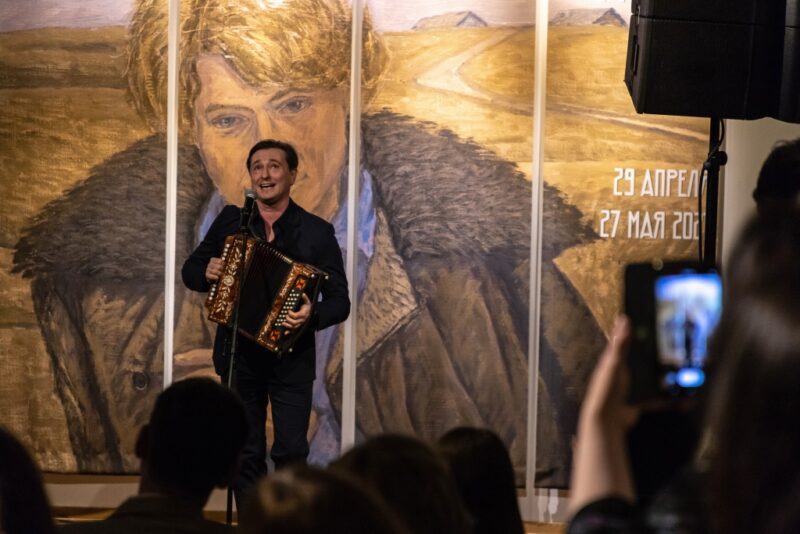 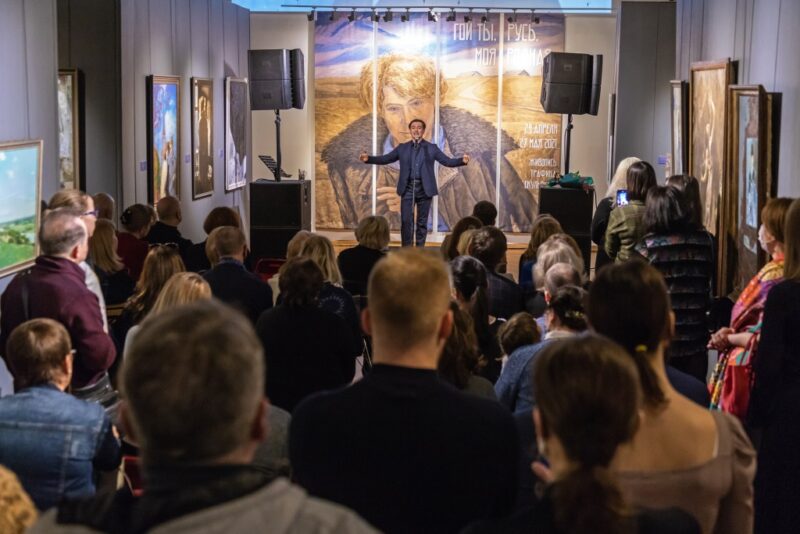 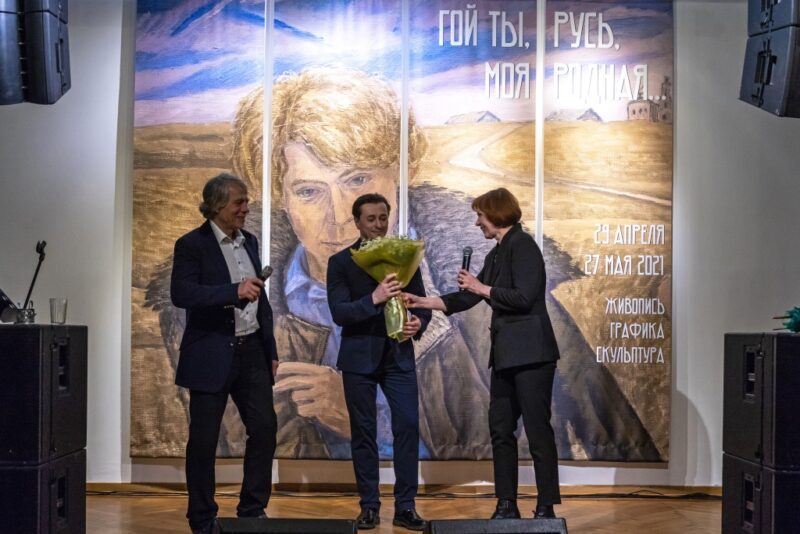 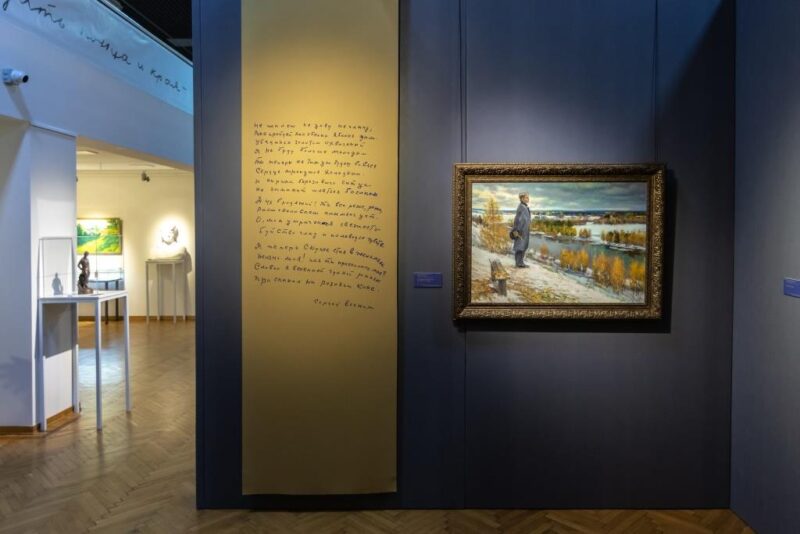 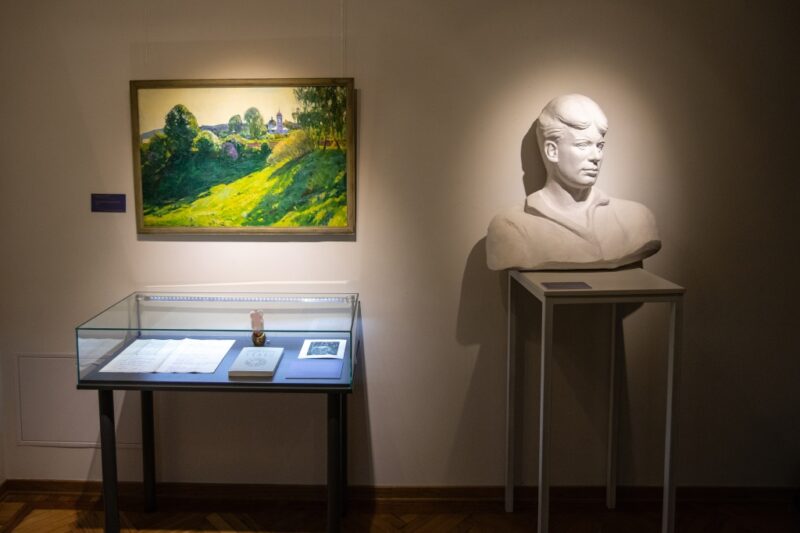