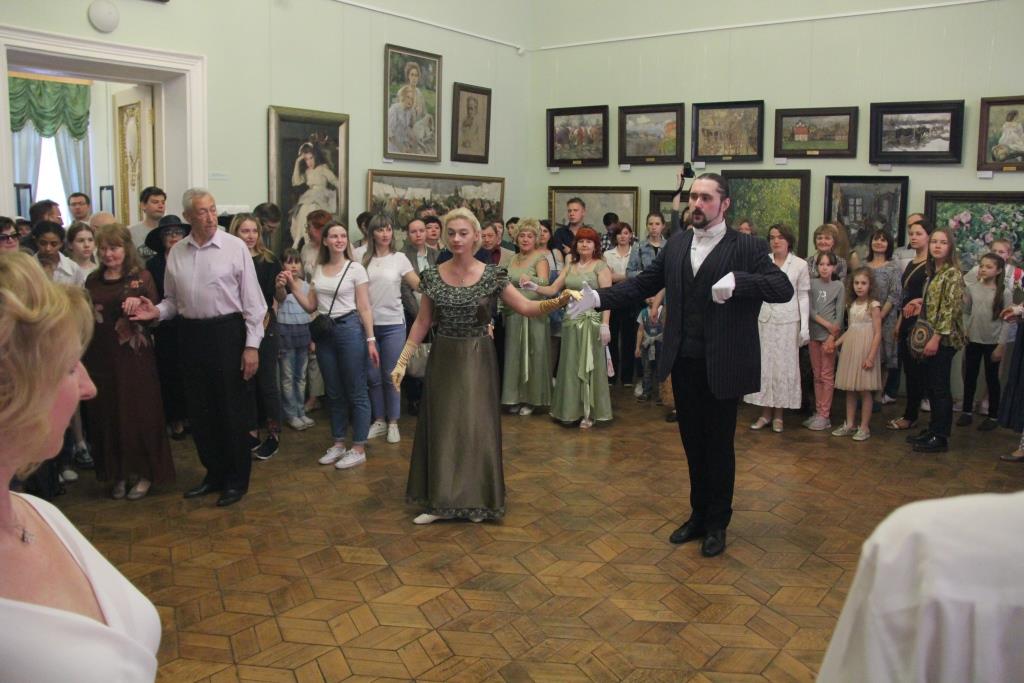 May 18, 2019 Voronezh Regional Art Museum. I.N. Kramskoy took part in the annual All-Russian action “Night of Museums”, the theme of which was “Elements”.

The festive program began with a meeting “Conversation with the audience. The formula of the self-portrait ”, which offered the museum visitors a different look, not the masterpieces of Dutch artists of the XVII century. The audience could not only feel the era of the “Golden Age”, but also face to face with one of the best students of the unsurpassed Rembrandt – S.D. Hogstraten, whose self-portrait was one of the hundred most outstanding pearls of world painting. The meeting was held by Valery Meremyanin, senior researcher of the museum.

In one of the halls of the main exposition of the museum, an exhibition of the project #PODYBLUE! Was held, prepared specially for the International Museum Day.
The project, implemented jointly with Voronezh photographers, presented the museum exhibits and their fragments in unusual angles, interactions, lighting scenarios. As part of the opening, a meeting was held with the participants of the photo project, at which they shared their impressions of participation in it and answered questions from the guests. You can get acquainted with all the photographs created in the course of the project by visiting the museum’s website, where the full digital album is presented # PODYDI NEAR !. The exhibition itself will be open during the week – until May 26.

The creative lesson “Pictures in Elements”, which continued the program of the evening, gave children and adults the opportunity to create author works based on fragments of paintings duplicating works from the main exhibition of the museum.

At 19.00 hours the dance-costume show “MOTUS VIVENDI – the movement of life” started, during which a master class was held by the Voronezh studio of historical and traditional dance “Stone Bridge”. Guests and participants of the ball mastered the classical elements of dances from different eras – turning, spinning, promenade and used them in the dance.

The lecture “AURUM – an element of divine nature” told about the symbolic and practical role of the use of gold in medieval painting. The examples of Byzantine, Old Russian and Western European art were considered works of the XIV-XVI centuries. Listeners learned about such an interesting and difficult aspect of medieval art as gilding. The lecturer was the senior museum researcher Valery Shakin.

The program ended with the screening of the films of the documentary series “Palettes”, which told about the secrets hidden in the works of art.

A visit to the basis of the museum’s exposition, an exhibition of the works of theater artist Nina Gaponova, as well as all the events of the action were free of charge.

In addition, during the whole action, an interactive photo-zone “Revived masterpieces” worked for all visitors in the museum courtyard. Everyone could try on the images presented on the art canvases of the museum exposition: the portrait of M.S. Christina Robertson’s Buturlin brush and portrait N.P. Sheremetev, created by Nikolai Argunov. 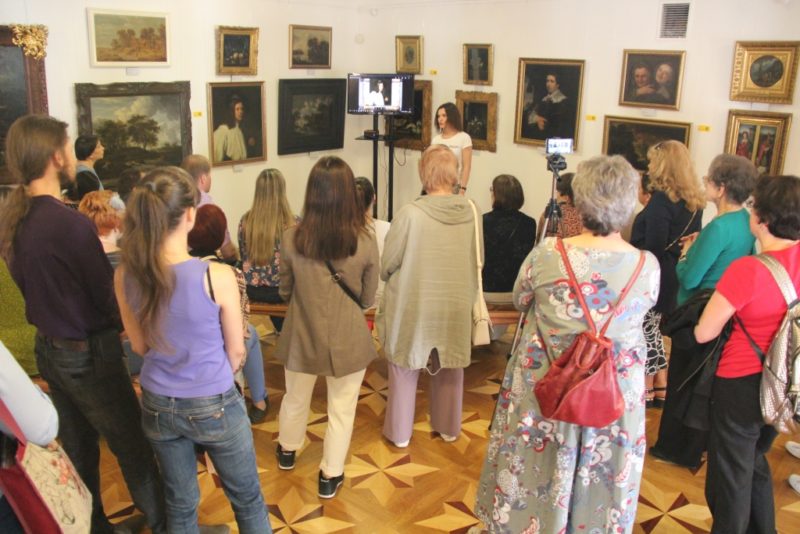 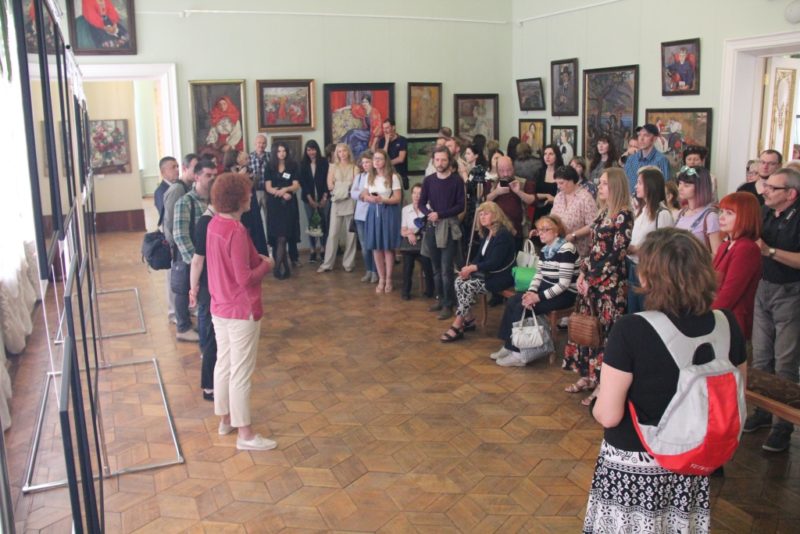 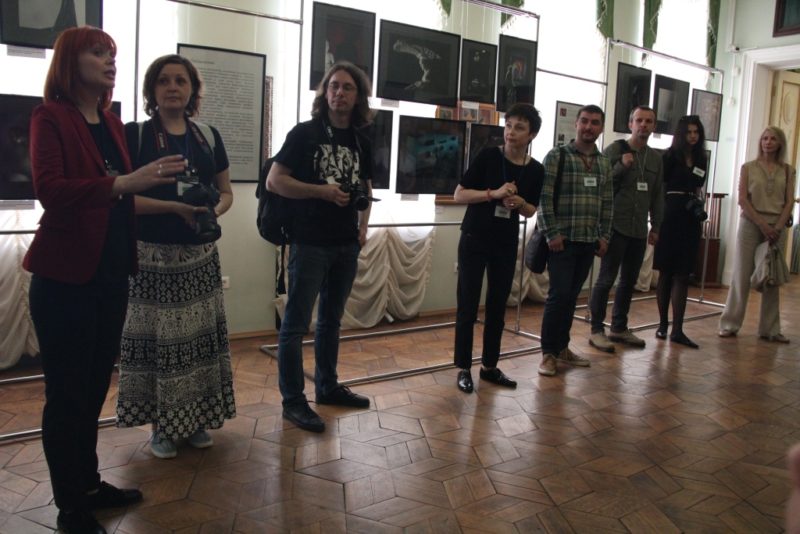 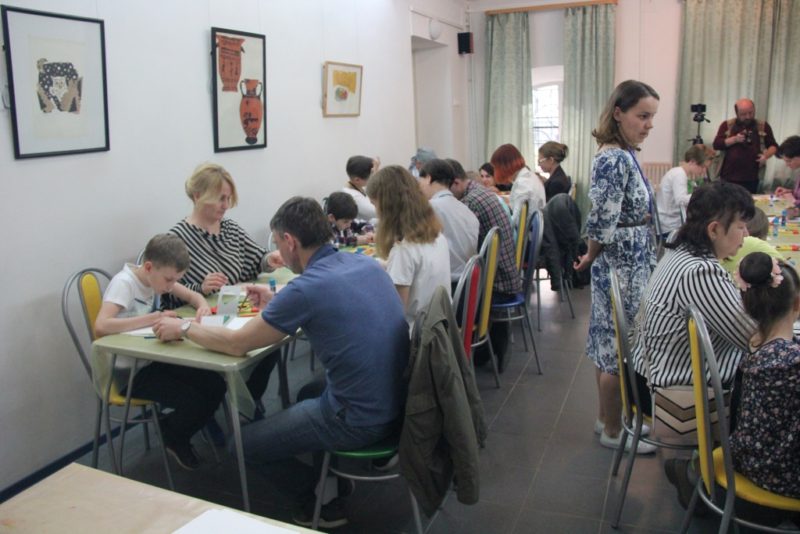 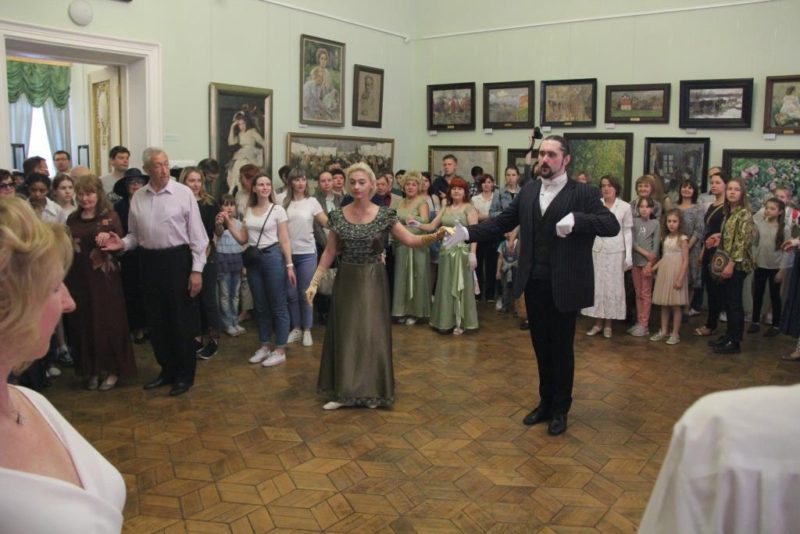