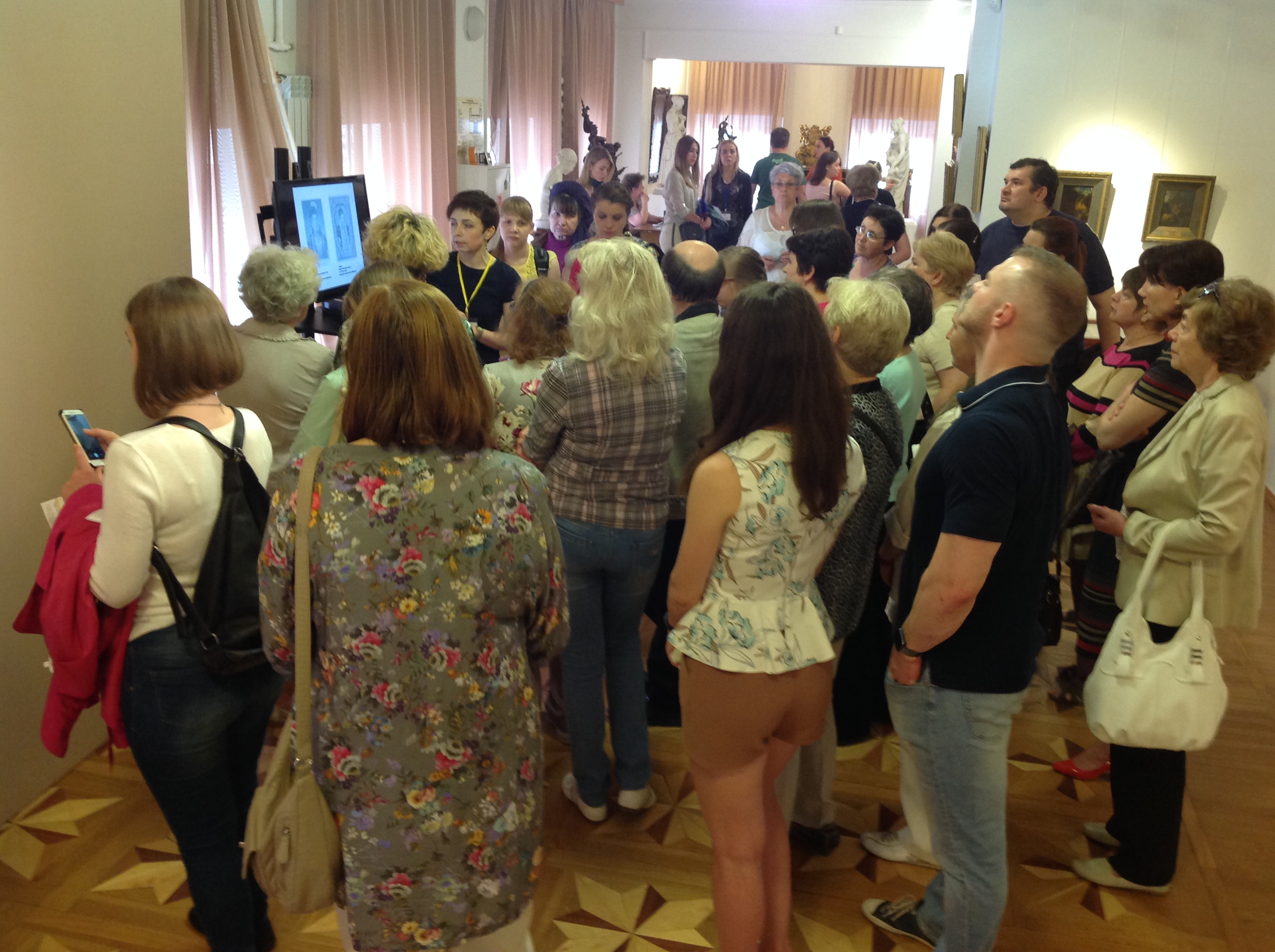 May 19, 2018 VOHM them. I.N. Kramskoy took part in the All-Russian action “Night of Museums”. The action was held under the motto “Masterpieces from the storerooms”.

For all visitors at the entrance to the museum was organized an interactive photo-zone “Revived masterpieces”, which operated throughout the campaign. Everyone was able to try on the images presented on the art canvases of the museum exposition: a portrait of M.S. Buturlina brush by Christina Robertson and a portrait of N.P. Sheremetev, created by N.I. Argunov.

Specially for the museum “Nights” was prepared an exhibition of one painting “Portrait of the Philippines Velzer”, representing a unique work from the museum’s storehouses, created by an unknown artist of the XVI century, the circle of Francois Clouet. Within the framework of the exhibition, a thematic excursion took place, during which the art historian Natalya Bakina presented a picture depicting the wife of Archduke Ferdinand II, known for her intelligence and beauty.

A concert “Musical Sketches” was held in one of the halls of the permanent exposition of the museum. The participants of the concert are the laureates of regional, regional and international contests, the cello ensemble “Class-cello” and the ensemble “Cello-Vecchi” of Voronezh children’s art school No. 7 (head Alla Selivanova). Performed by artists were works by A. Dvorak, J. Buze, G. Miller, B. Haley, G. Holterman, N. Parhomenko and others.

At 17.00 hours in the exhibition hall of the museum a dance-costume show was performed by the teachers of the Voronezh studio of historical and traditional dance “Kamenny Most”. As part of the show, performers in historical costumes not only demonstrated the dances of different eras (baroque, Empire, modern), but also held a dance master class for all comers.

The lecture hall of the museum became a venue for two master classes: “Stamps” under the direction of the Voronezh artist Denis Bulavintsev and “Souvenir for memory”. Master class on the schedule gave participants the opportunity to create unique story compositions from ready-made modules-cliches. In the second master class, children and parents painted plaster bas-reliefs depicting the bas-reliefs of ancient Egyptian culture.

Young visitors of the museum were able to take part in the master show “Lessons of acting” from the studio “Yeralash”. Under the strict guidance of the mentors, the boys learned the basics of acting: stage speech, stage movement, took part in the scene, and they were exposed to theatrical secrets and told about acting “chips”. Simultaneously with the master show, everyone could use the services of the aqua-gripper.

The evening concert program was continued by a concert of jazz music in the museum yard. The musical collective “Alexin 5” presented the audience with the warmth of the acoustic concert: the languid “I Love”, the splashing of waves, the caressing breeze and the smell of hot sand, the exciting rhythms of Cuba and the romantic saxophone. And all this is framed by the magic voice of Tatiana Spasibukhova.

At the conclusion of the program, a concert “I Remember the Waltz the Sound of Charming” was held for all classical music lovers (within the framework of the musical and theatrical project “Classics, Enlightenment and Inspiration”). Participants: soloist of the Voronezh State Opera and Ballet Theater, laureate of the International Competition, laureate of the Union of Theater Workers Award – Ekaterina Gavrilova (soprano); Honored Artist of Russia – Svetlana Gelfand (pianoforte); instrumental trio “Elegy”; laureate of international guitar competitions – Dmitry Dupin; Svetlana Pershina (violin); laureate of the All-Russian competition – Valery Timoshenko (violin). The concert featured works by composers G. Puccini, F. Chopin, I. Strauss, I. Dunaevsky, A. Khachaturian, G. Sviridov, D. Kern.

In total, in the “Night of Museums” 4301 people visited the Art Museum. 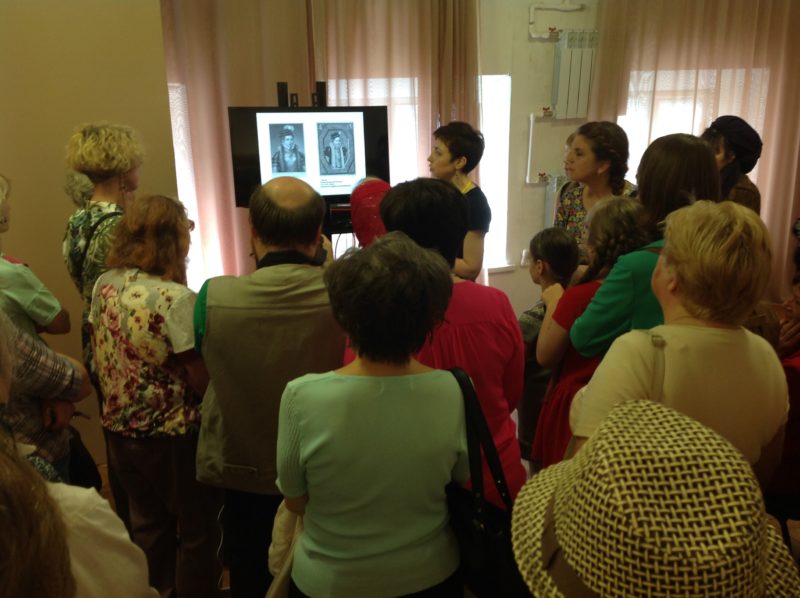 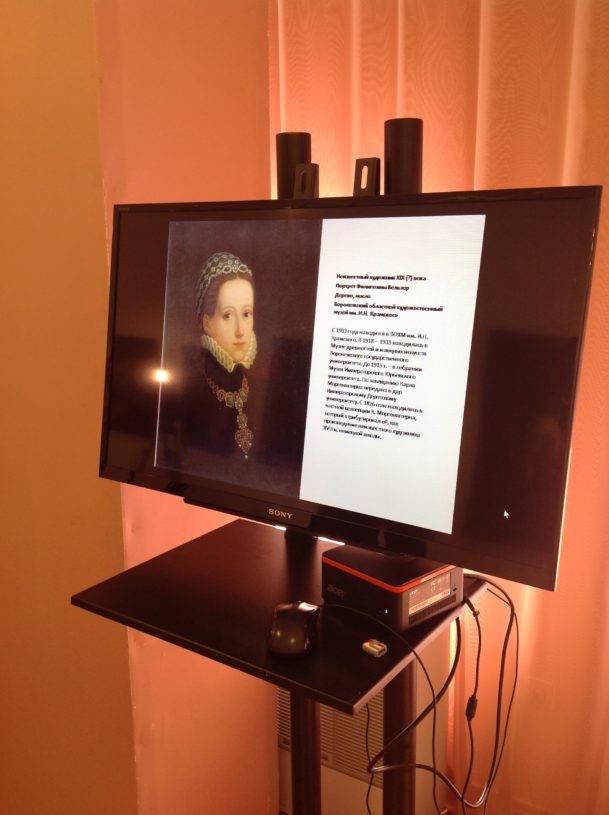 "Portrait of the Philippines Welser" 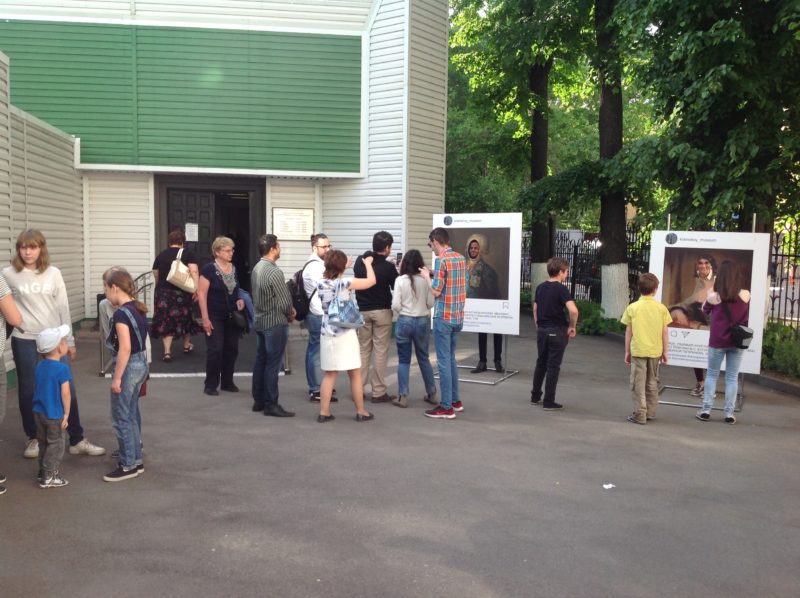 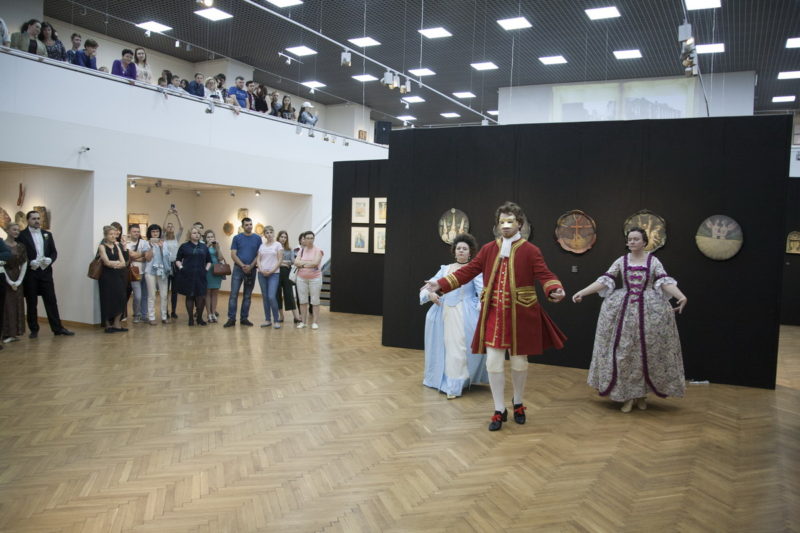 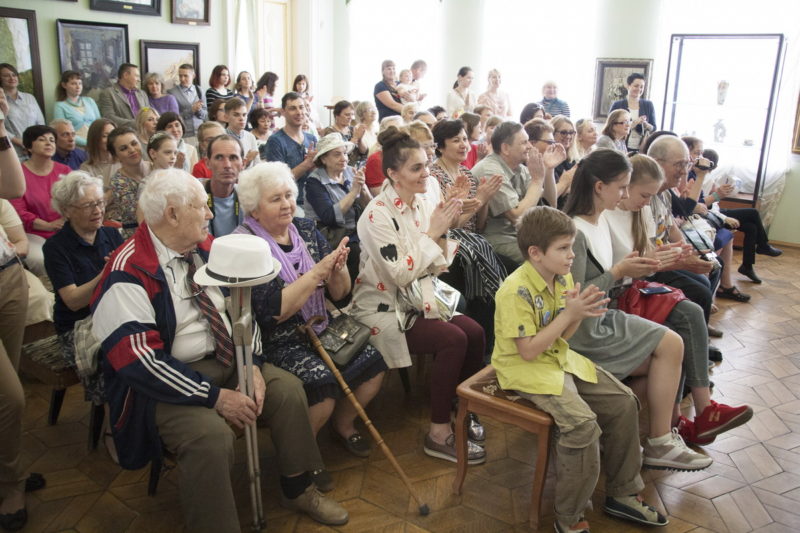 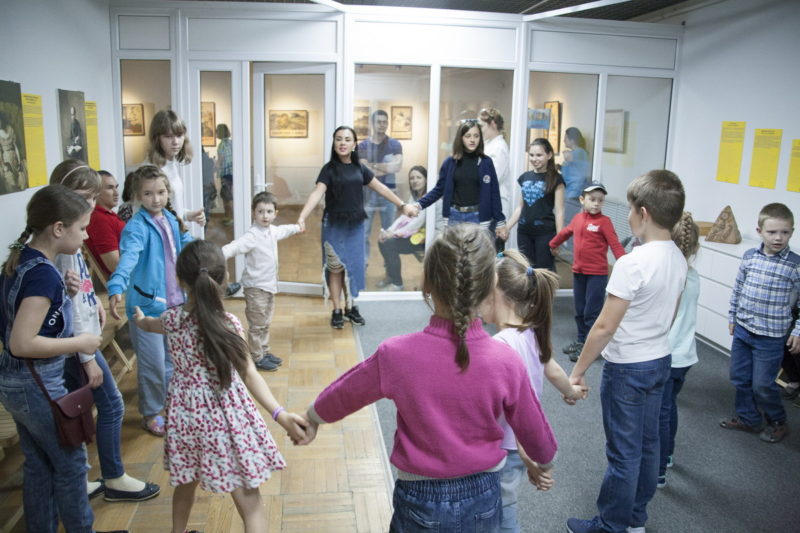 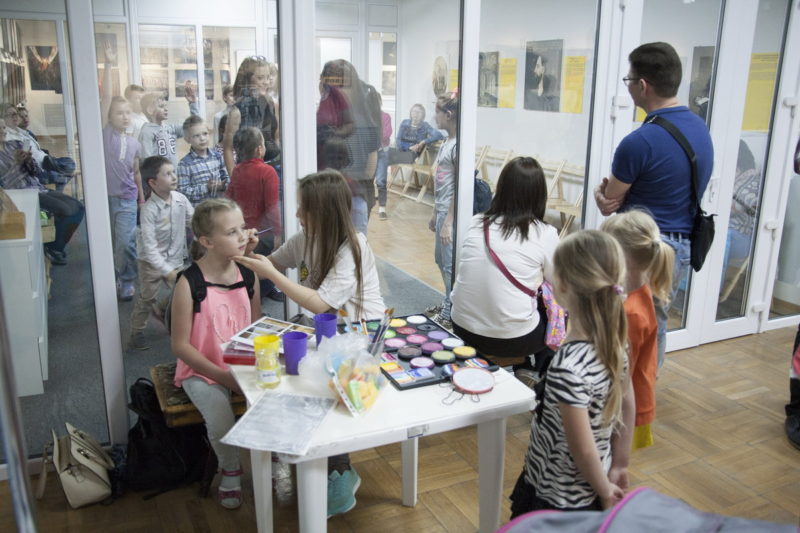 "Lessons of acting" and aqua-grime 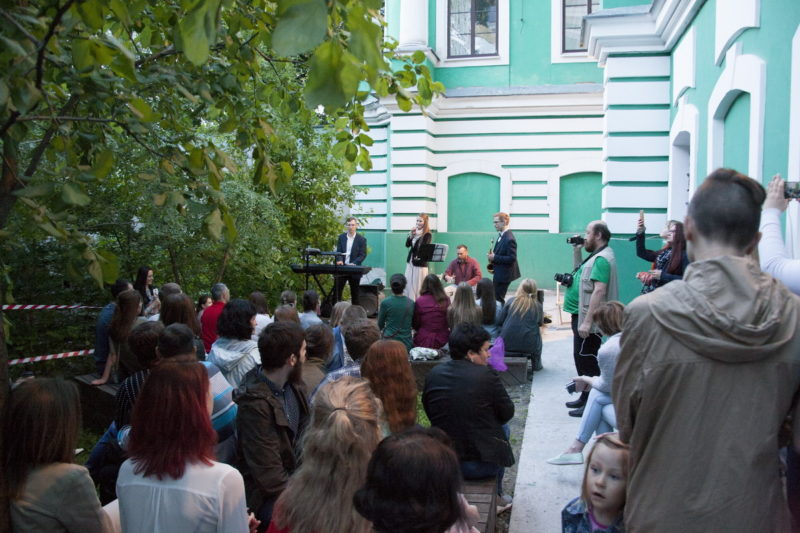 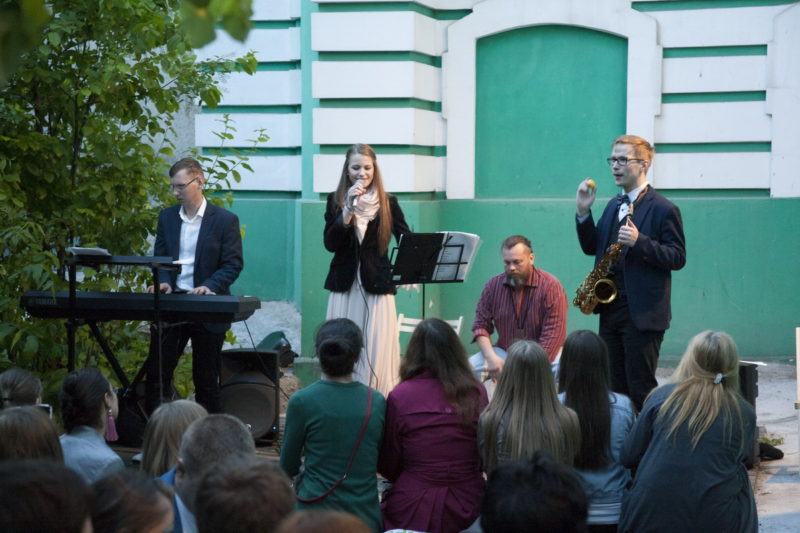 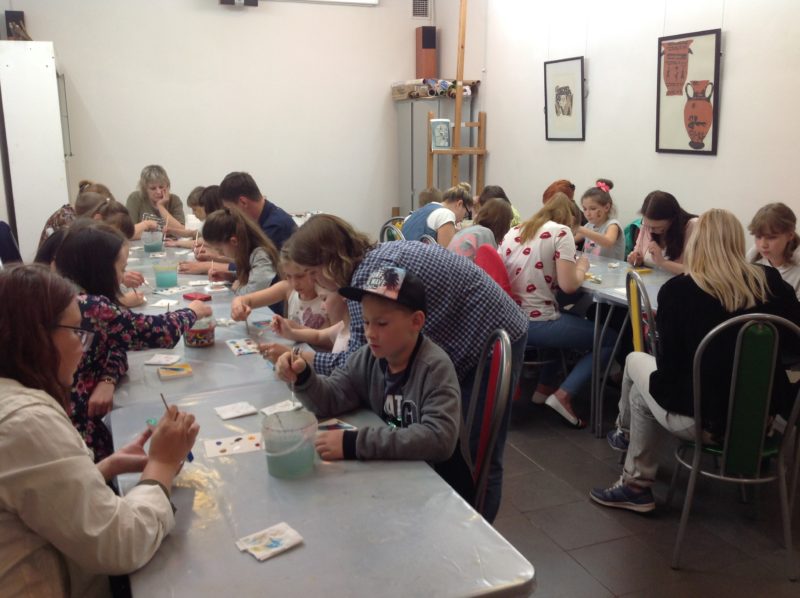 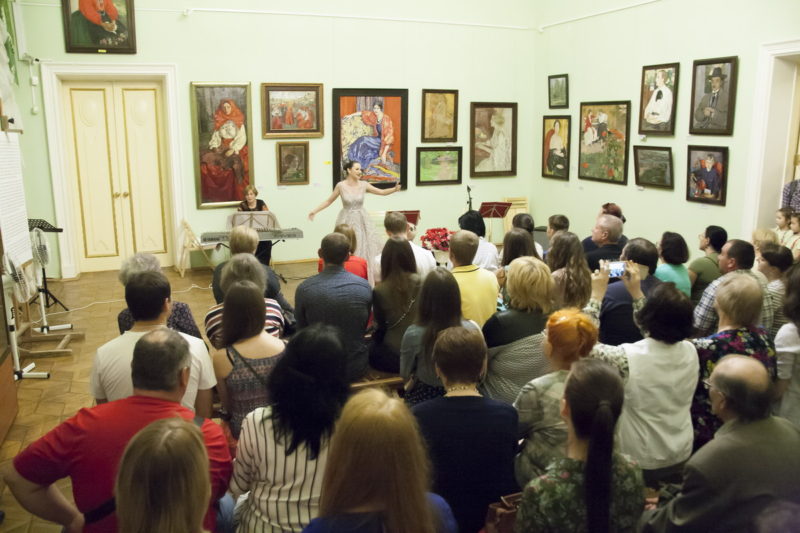