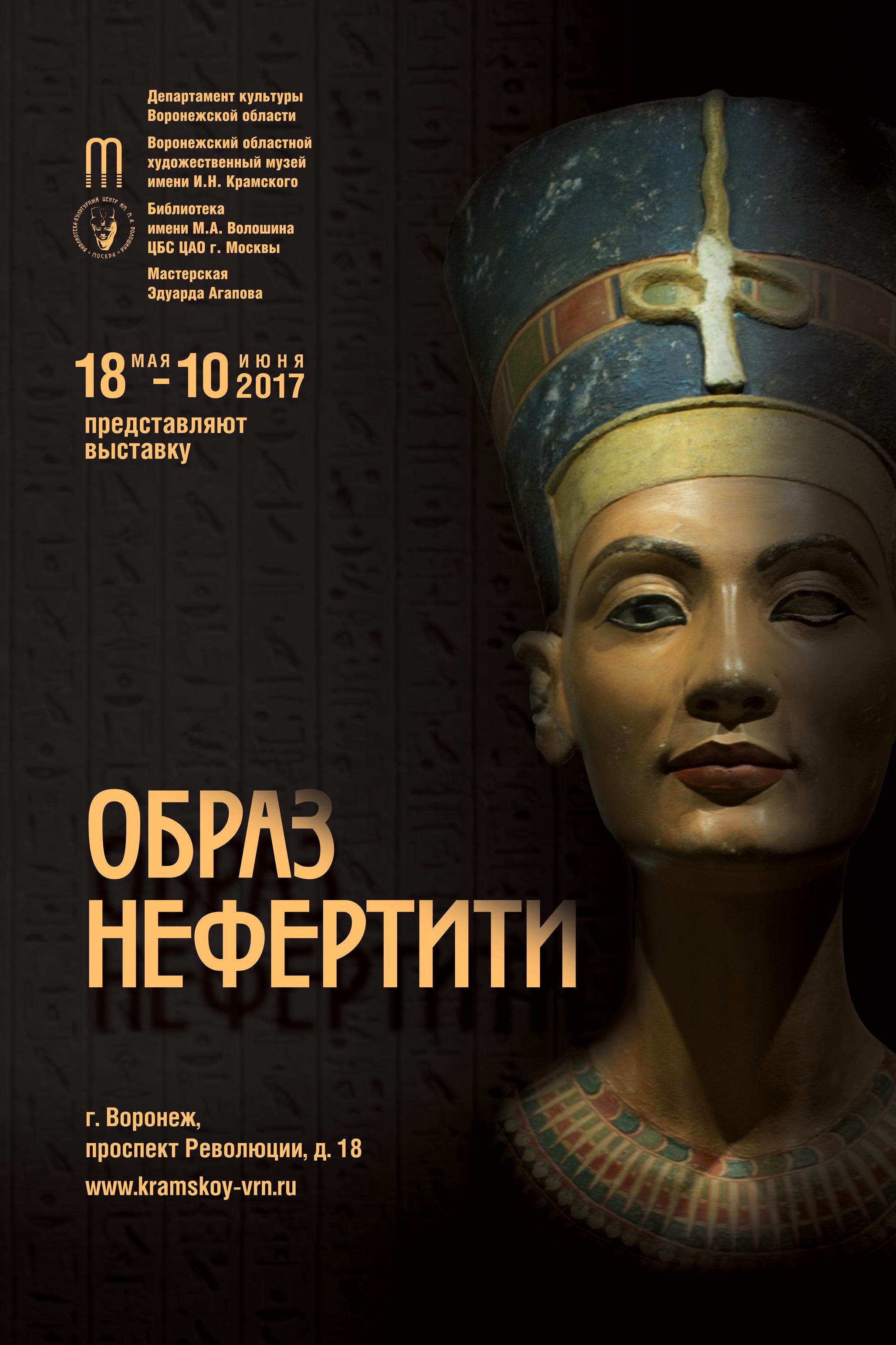 May 18, 2017 in the VOKHM them. I.N. Kramskoy on the first floor of the main exposition will open the exhibition “IMAGE OF NEFERTITI”. The exhibition was organized by the library. M.A. Voloshin CBS CAO and the workshop of Eduard Agapov (Moscow).

Sculptural portrait of Queen Nefertiti – one of the most significant and famous works of world art. On December 6, 1912, the eminent German archaeologist Ludwig Borchardt, who worked on the ruins of one of the capitals of Ancient Egypt, the city of Ahetaton (modern Al-Amarna), discovered his main find. The image of Nefertiti in a tall blue wig, created in the workshop sculpture of Thutmose in the 14th century. BC, glorified not only his creator and archaeologist, who tore the queen from the captivity of the sands, but also became a timeless model of beauty, style and grace. This great masterpiece expresses the dream of the ancient Egyptians about the immortality of the person’s name, be it the “great royal wife”, which was Nefertiti, the court sculptor or those who were lucky enough to make a great find in Egypt.

In December 2016, based on a three-dimensional scan performed at the Egyptian Museum in Berlin, a team of masters led by the artist Eduard Agapov and the famous Russian Egyptologist Viktor Solkin created a high-precision copy of the sculptural portrait of Nefertiti, recognized as the best of the existing copies of the great masterpiece that never leaves museum in Berlin. The image of Nefertiti entered the permanent exposition of the famous Russian center of Egyptology and Oriental Studies – M.A. Voloshin CBS CAO (Moscow) and will not leave it. An exception is made only for Voronezh, with which the authors of the project are associated with long-standing friendly and professional ties.

The Great Tsaritsa will appear before the guests of the Voronezh Regional Art Museum. I.N. Kramskoy for a few weeks, thanks to which the visitors of the exhibition can see Nefertiti almost “eye to eye” – as it is impossible to see the original monument in Berlin.

The entrance fee for the exhibition is included in the ticket price for the main exhibition.

The cost of an individual visit to the exhibition (halls of ancient Egyptian and ancient art) – 100 rubles for all categories of visitors.

Within the framework of the project “The Image of Nefertiti” a public lecture of the famous Russian Egyptologist Viktor Solkin “Nefertiti: puzzles of fate and a great masterpiece”.