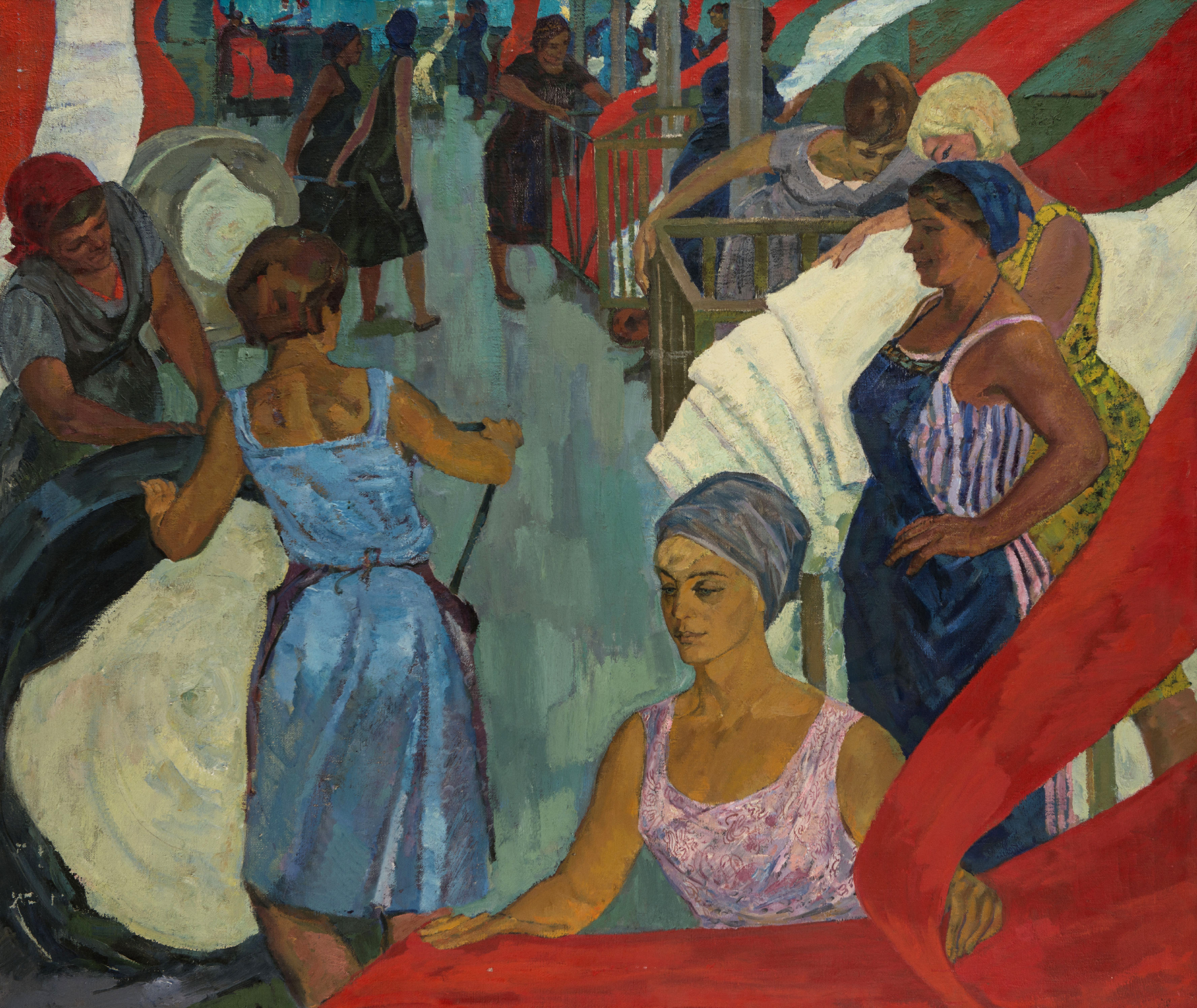 It is dedicated to the most important stage in the development of Russian art from the late 1960s to the mid-1980s. The exposition presents more than 45 works of painting and graphics from the gold funds of ROSIZO.

A characteristic feature of the period of stagnation was the confrontation between official and unofficial art, which could be traced to one degree or another in all the republics of the former USSR. The heroic efforts of “unofficial” artists gradually pushed the boundaries of what was permissible for the majority of artists who did not break with the official structures of the Union of Artists, but did not support the ideology of power with their art. They directed all their efforts towards purely plastic searches, which is reflected in the exhibition project. The works presented in the exhibition demonstrate the achievements of artists in this direction, demonstrating the many-sided art of the 1960-1980s.

The exposition is structured by sections. Visitors to the exhibition will see works by “official” artists (“Fishermen of Lake Pskov” by Pyotr Ossovsky, “Civil War” by Yuri Korolev, “Decorators of Trekhgorka” by Aaron April), traditionalists (“Boys” by Alexander Gritsai, “In the Studio. Spring” by Yuri Kugach), masters of the Moscow school (“Artist Nina Nikoghosyan” by Max Birshtein), metaphysical realism, neoacademism and other trends. They are represented by famous masters Tatiana Nazarenko, Natalia Nesterova, Olga Bulgakova, Elena Romanova, Oleg Vukolov and others.

At the exhibition “Back to the USSR. From thaw to perestroika. Art 1960-1980 ” along with the works of outstanding Moscow and St. Petersburg authors, works by artists from the former Soviet republics are presented. A relatively stylistic unity is demonstrated by the Baltic artists oriented towards Western European art (Jan Osis, Edgar Iltner). The works of artists from the republics of Central Asia (Alexander Akilov, Rashid Abdurashitov, Izzat Klychev) are distinguished by an increased decorativeness based on the traditions of folk art; a poetic and metaphorical view of life is characteristic of the artists of the Caucasus (Nadir Abdurakhmanov, Ivan Vepkhvadze).

The project is being implemented with the support of the Ministry of Culture of the Russian Federation.

The exhibition will run until September 5, 2021. 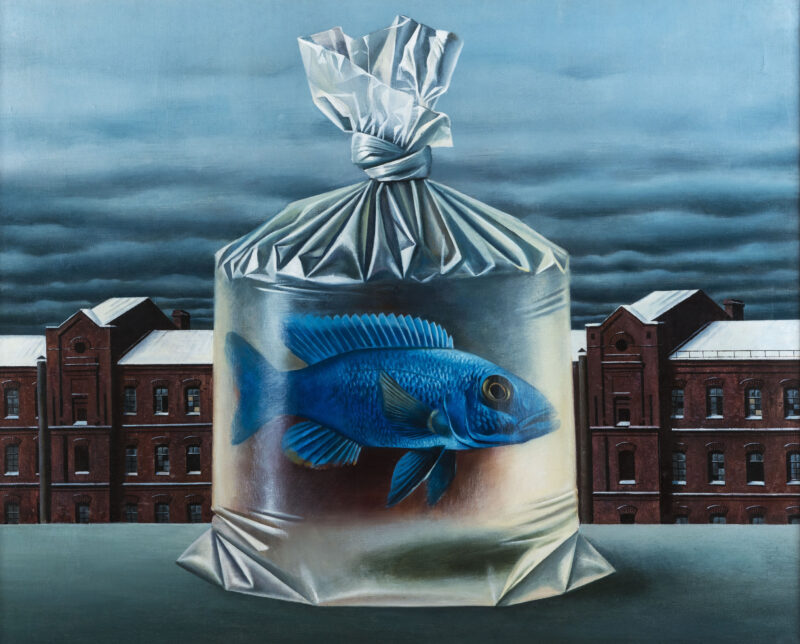 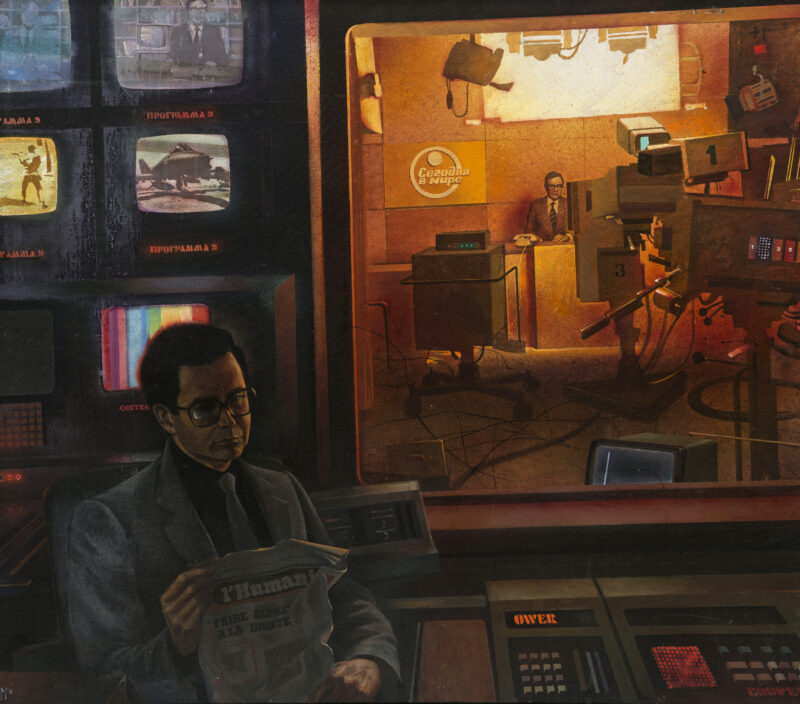 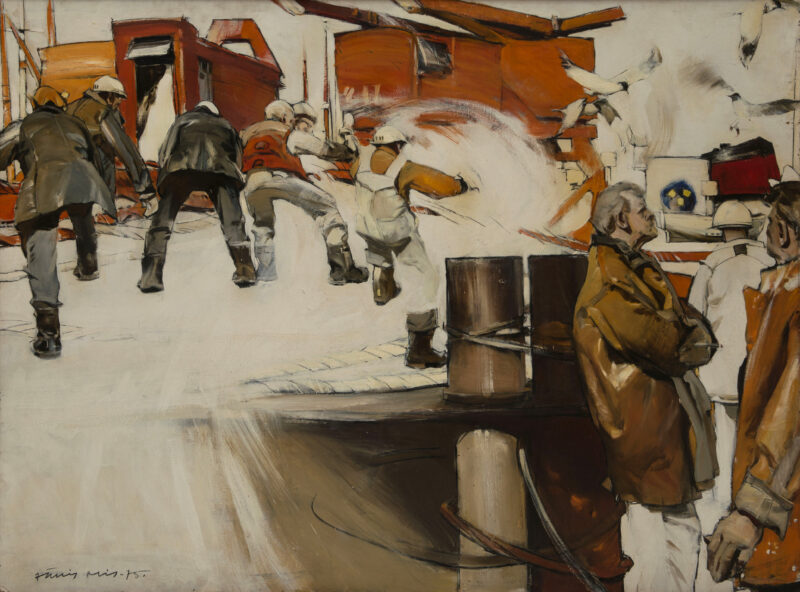 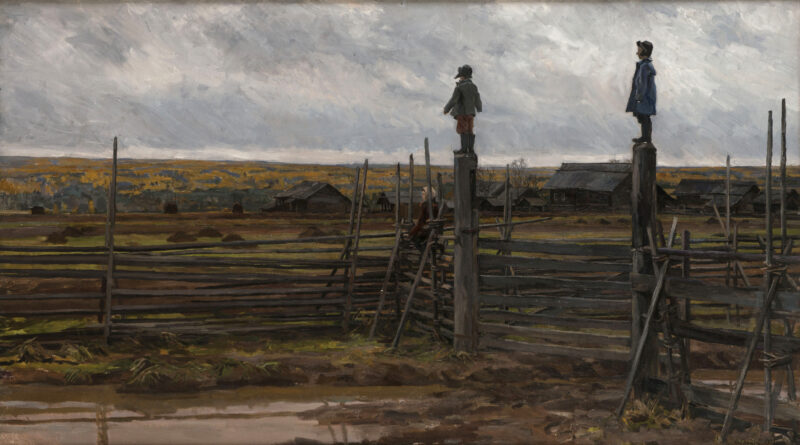 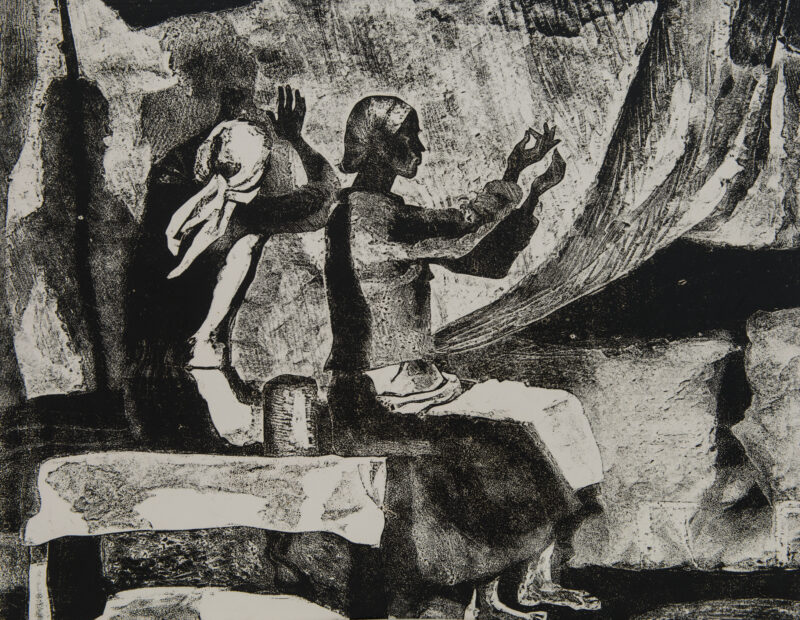 A.G. Akritas
Repair of networks. From the series "Fishermen"
1979